Scientists at the Vermont Center for Ecostudies (VCE) have discovered an unexpected avian phenomenon: the first known case of a Bicknell’s Thrush x Veery hybrid. Their findings were published this month in the The Wilson Journal of Ornithology by lead author Ellen Martinsen and VCE coauthors Kent McFarland and Chris Rimmer. 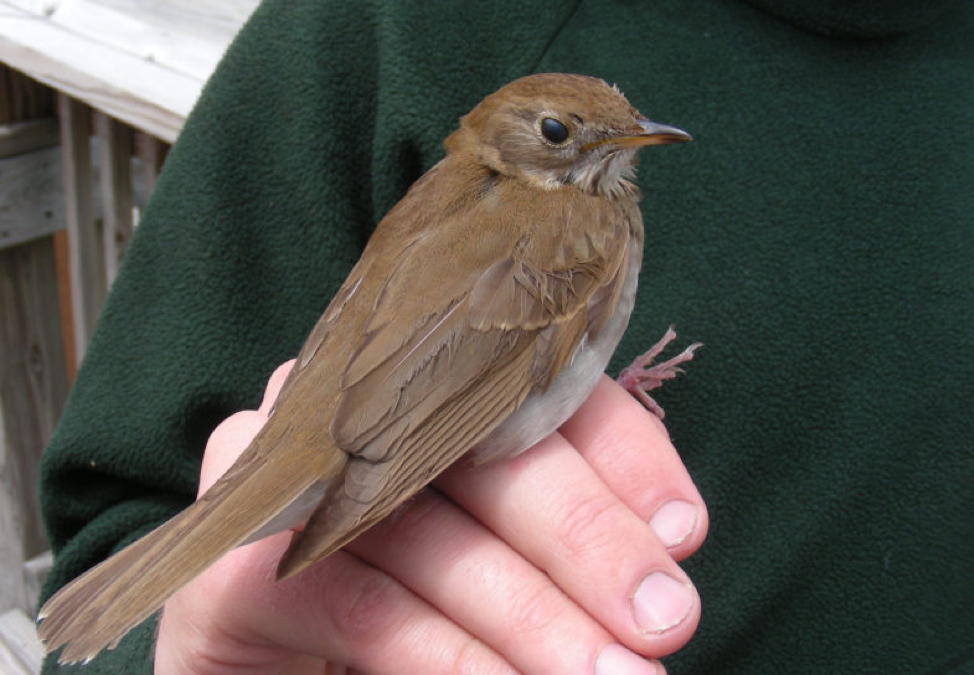 In 2008, on Stratton Mountain in south-central Vermont, McFarland and Rimmer were puzzled to hear a male bird delivering a song with characteristics of both Bicknell's Thrush and Veery. After they netted the bird and drew a tiny amount of blood, subsequent DNA testing by Martinsen at the Smithsonian Conservation Biology Institute revealed the bird’s mother to be a Veery, and its father a Bicknell’s Thrush. This surprising discovery marked the first known instance of hybridization between two members of the thrush genus Catharus, of which there are five species in northeastern North America.

Further, VCE’s hybrid find is noteworthy because of the unlikelihood of a Bicknell’s Thrush and Veery mating. Bicknell’s Thrushes nest in high-elevation Balsam Fir forests of the Northeast and winter in the Caribbean, while Veery typically nest below 2,300 feet elevation in wet hardwood forests and spend winters in South America. The two species are thus segregated during their breeding seasons by both elevation and forest type, which inevitably limits the degree of ecological overlap and opportunities for physical contact.

“Because Catharus species look so much alike, perhaps we are simply unable to detect them, and we just happened to be the right people in the right place this time,” says coauthor Kent McFarland, who nicknamed the hybrid bird “Vick,” a combination of Veery and Bicknell’s. McFarland added, “We found that Vick sang a complete Veery song about 75% of the time and a mixed song that began as Veery and ended as Bicknell’s Thrush just 25% of the time. He only delivered one Bicknell’s song in a given sequence, but would often sing Veery songs in rapid succession. And he only gave Bicknell’s Thrush calls.” As to how a bird raised in Veery nesting habitat could learn Bicknell’s Thrush vocalizations, McFarland posits, “It may be that Vick had the innate ability to vocalize some Bicknell’s Thrush sounds, like the call or part of the song, but that he learned the complete Veery song from males around him.”

What a find - the first known hybrid between two Catharus thrushes!

Handheld examination determined the bird to be a yearling with plumage characteristics predominantly of Veery, but size and measurements of both Bicknell's Thrush and Veery. John Lloyd, VCE’s Director of Science, who was not involved in the study, stated, “What a find - the first known hybrid between two Catharus thrushes! This discovery raises important questions about how often these mixed-species pairings occur and whether we can expect to see more hybridization events in the future as climate change brings Bicknell’s Thrush and Veery into closer contact. It’s worth noting, too, that this story depends on good natural history; were it not for a keen observer with an ear tuned to bird song, this hybrid could easily have gone unnoticed.”

Read a first-hand account of the discovery and listen to vocalizations of the hybrid Thrush, Veery, and Bicknell’s Thrush at https://vtecostudies.org/blog/forest-thrush-mix-up/. 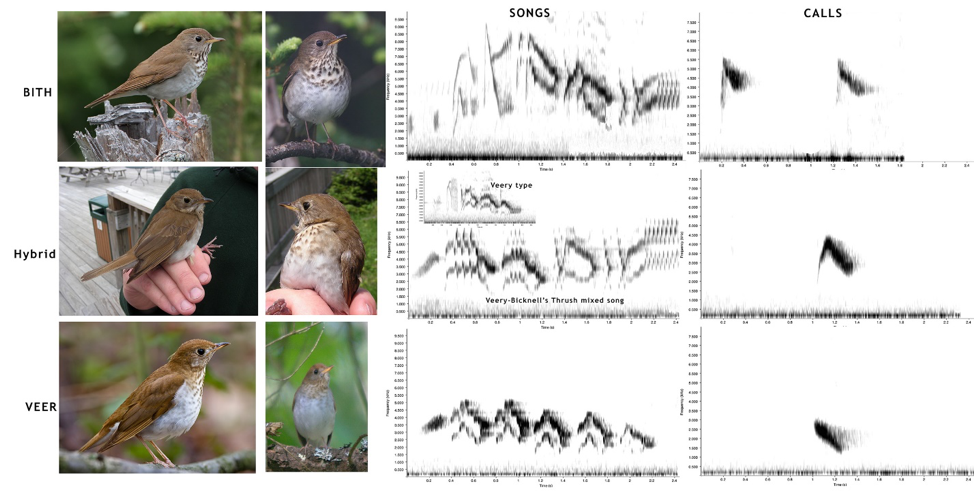