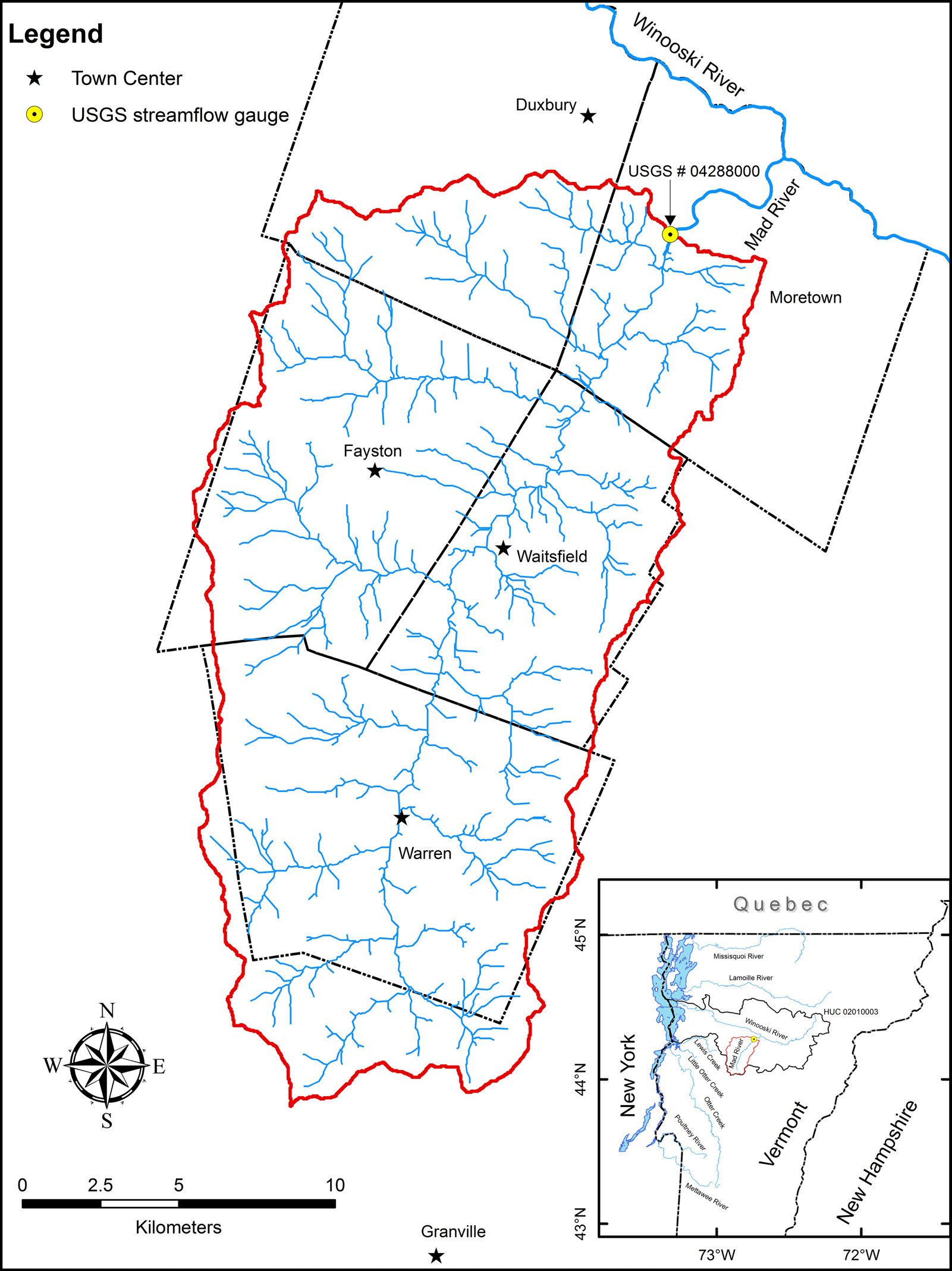 The Northeastern United States has experienced increase in precipitation over the past several decades, and this increase is predicted to continue. The change observed in precipitation is affecting streamflow by producing earlier spring flows during snowmelt and uniform flows later in the spring. Baseflow during the summer has also increased.

Future climate scenarios are generated by feeding global climate models with historic data such as precipitation and temperature, meteorological variables, and estimates of future greenhouse gas concentration behavior. These climate scenarios are generally used in determining global climate patterns. However, a need for understanding the impact of such global climate patterns on a regional scale exists to aid local decision makers in developing plans at the state or a local level.

Researchers from the University of Vermont, Ibrahim N. Mohammed, Arne Bomblies, and Beverley C. Wemple, assessed the capability of commonly used downscaled global climate data at a regional scale. The focus of the research was on the Mad River hydrology and expectations of future flooding. A watershed model was developed and observed streamflow data was used to calibrate the Mad River watershed model.

Accurately predicting future streamflow regimes is important to understanding future aquatic habitat, non-point pollution, and flooding possibilities. A changing streamflow regime may impact aquatic habitat for fish. Nutrient runoff into rivers is of a great concern in the Lake Champlain Basin as harmful algal blooms increase. Moreover, flooding has had devastating consequences at the State of Vermont in recent years.

University of Vermont School of Engineering