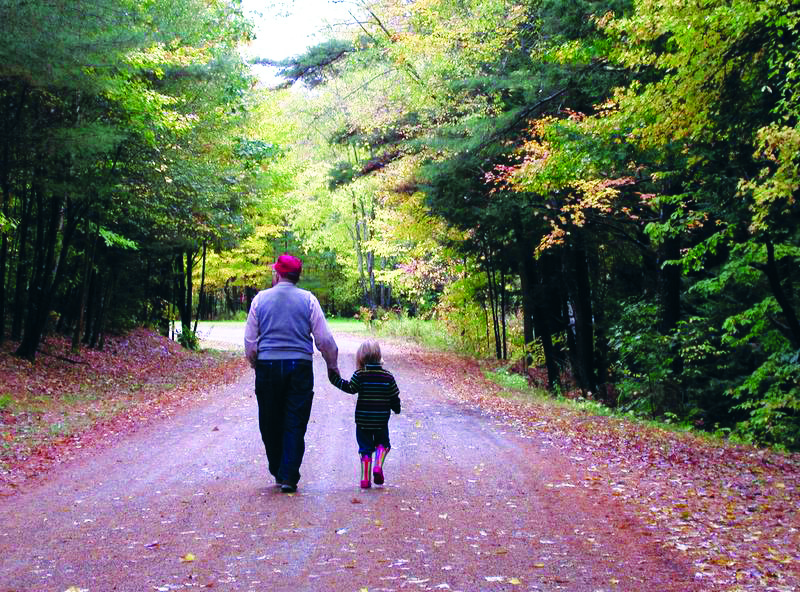 About 37 million acres of forestland across Maine, Massachusetts, Vermont, New Hampshire, and New York are privately owned by individuals and families. Family Forest Owners (FFOs) are therefore a key group whose decisions will impact the future of the northeastern forest landscape.

“It is critically important that we better understand both what family forest owners intend to do with their land after they pass as well as the reasons for their actions,” said Quartuch. “That way resource managers, extension agents, policymakers, and others can more effectively engage with these decision makers.”

The researchers sent the survey to a total of 2,500 FFOs— 625 in each state. Each family-owned forest covered at least 4 hectares (10 acres) in two forested landscapes with a medium to high threat of housing development. The survey asked FFOs about short- and long-term legacy planning motivations for owning land, behavior around legacy planning, and socio-demographics.

To assess survey answers, the research team implemented a model of behavior change which outlines the five stages people move through as they change their behavior: precontemplation, contemplation, preparation, action, and maintenance.

Of the 789 respondents, 71% were male and the mean age was 63 years old. More than half (56%) of all respondents intend to pass on their land to heirs, and 14% intend to sell some or all of their land. Close to 5% of respondents have already sold development rights.

The researchers found that there is a gap between some respondents’ action and maintenance stages. For example, less than half of respondents have already or are in the process of discussing plans for the future of their land with friends and family. However, only a quarter of respondents who desire to pass their land on to heirs are actually talking with a professional about this plan. Some (22%) have not gathered any information yet related to succession, and 11% have yet to even discuss their plans with family.

Researchers also found that FFOs are more likely to have engaged in advanced-level legacy planning decisions when they own relatively larger tracts of land. “This provides evidence for the efficacy of promoting these behaviors among owners of larger tracts who have yet to consider advanced legacy planning decisions,” said Quartuch, one of the authors and a researcher at Colorado Parks & Wildlife.

Larger landowners seem to be the exception because advanced-level legacy planning was not on the minds of the majority of FFOs who responded to the survey. About half to two-thirds of respondents did not intend to take action, such as forming a limited liability company, limited liability partnership, or setting up a corporation, or placing their land in a conservation easement. A quarter of respondents had never even thought about these actions.

Researchers found that social support from community, family members, and natural resource professionals is influential in helping all sizes of FFOs begin to make planning decisions.

Overall, the researchers conclude that the their model is more useful for predicting the beginning-level legacy decisions such as having conversations with friends and family, or seeking out information, than it is for predicting advanced-level decisions such as establishing corporations or legal entities. They also conclude that community resources and accessible information for forest owners are helpful in moving them towards action stages.