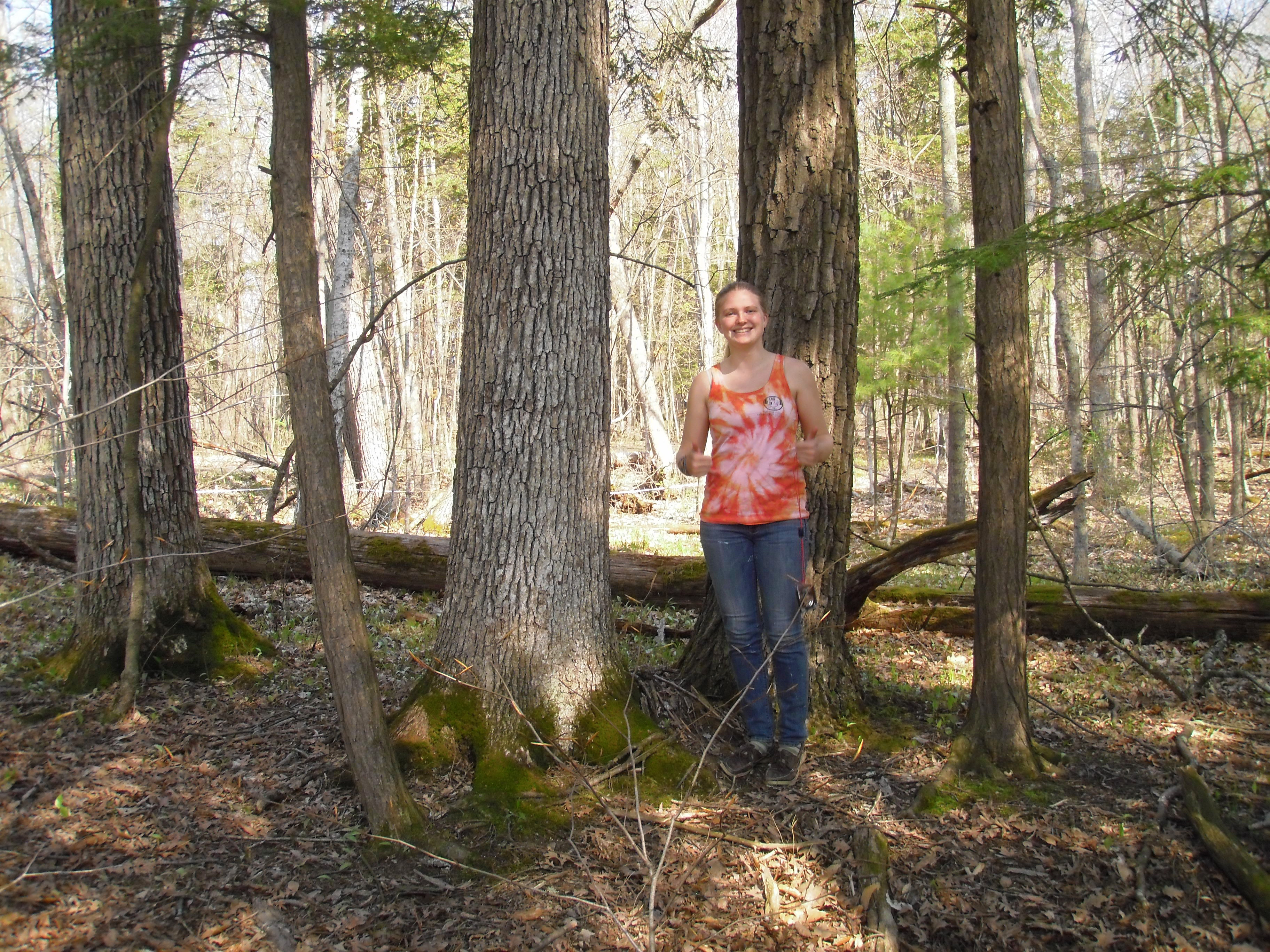 The Champlain Valley clayplain forest is classified in Vermont as a rare natural community. Usually a mix of hardwood and conifer trees, the clayplain forest grows in rich clay soils near the shores of Lake Champlain. Historically, these forests in New England supported species of oak, particularly white oak, an uncommon tree in Vermont. Many rare or uncommon herbaceous plant species, including some that are endangered or threatened, also grow in these clayplain forests.

Increased human populations and agricultural land use during European colonization drastically reduced the extent of this unique forest community in the Champlain Valley, which was heavily cleared and farmed since the late 1700s. Unlike other areas of Vermont that have reforested over the past two centuries, only 10% of the original area covered by clayplain forest is now forested, and much of this remaining fragmented forest is in an early successional stage.

Forest researcher Tony D’Amato and former student Helena Murray from the University of Vermont studied two clayplain forests in the Champlain Valley to determine how tree species on these sites have changed over time and what the future might hold for these rare forest ecosystems. They chose to study two of the oldest remaining examples of semi-natural, late-successional valley clayplain forests in the region with limited land use: Williams Woods, a 63-acre property now managed by The Nature Conservancy in Charlotte, Vermont, and Church Woods, 37-acres on Shelburne Farms in Shelburne, Vermont. Neither site was ever completely cleared for agriculture but may have been used for understory grazing by livestock.

The researchers measured and mapped more than 200 trees at each site. They used dendrochronology, or ring counts from stem cores, to age trees. They measured tree diameters and fallen coarse woody material, assessed tree crown heights, tree and shrub composition, and forest structural conditions to learn more about the history and dynamics of these forests.

Both forests were dominated in the smaller size classes by eastern hemlock trees that came in over the past two centuries. Dominance of hemlock in these two forests today reflects a lack of historic agricultural clearing, as this tree species rarely comes into areas with a history of agricultural land use.

Old, large white oaks occurred on both sites and included one individual tree that dated back to the 1640s. No oaks established after 1875 were present on either site. Data from this study and past records show oak was prevalent in these forests before Europeans arrived in the region. Old growth oak-hickory forests in New England were commonly present in areas with a high fire occurrence. Although fire was not a common event in the Champlain Valley, historical burning by the Abenaki tribe in this region may have encouraged and maintained oak dominance in these clayplain forests.

Researchers observed little regeneration of oaks in the understory, indicating that this historically important component of valley clayplain forests may disappear over time without the occurrence of large, natural disturbances or management activities to create openings for regeneration and growth of oak.

Invasive species, such as Norway maple and common buckthorn, also threaten the future of these historic clayplain forests. Both species were present in large concentrations at Church Woods. To preserve Champlain Valley clayplain forests, invasives will need to be aggressively managed.

Because of the rarity of the valley clayplain forest and in light of its historic abundance, conservation organizations and ecologists are increasingly interested in restoring these unique forests on lands on which they historically occurred. These research findings will guide efforts to restore and maintain clayplain forests across the broader Champlain Valley landscape and help to develop ecologically sound forest management and conservation actions.