More Wet Days and Greater Precipitation Predicted for the Northeast 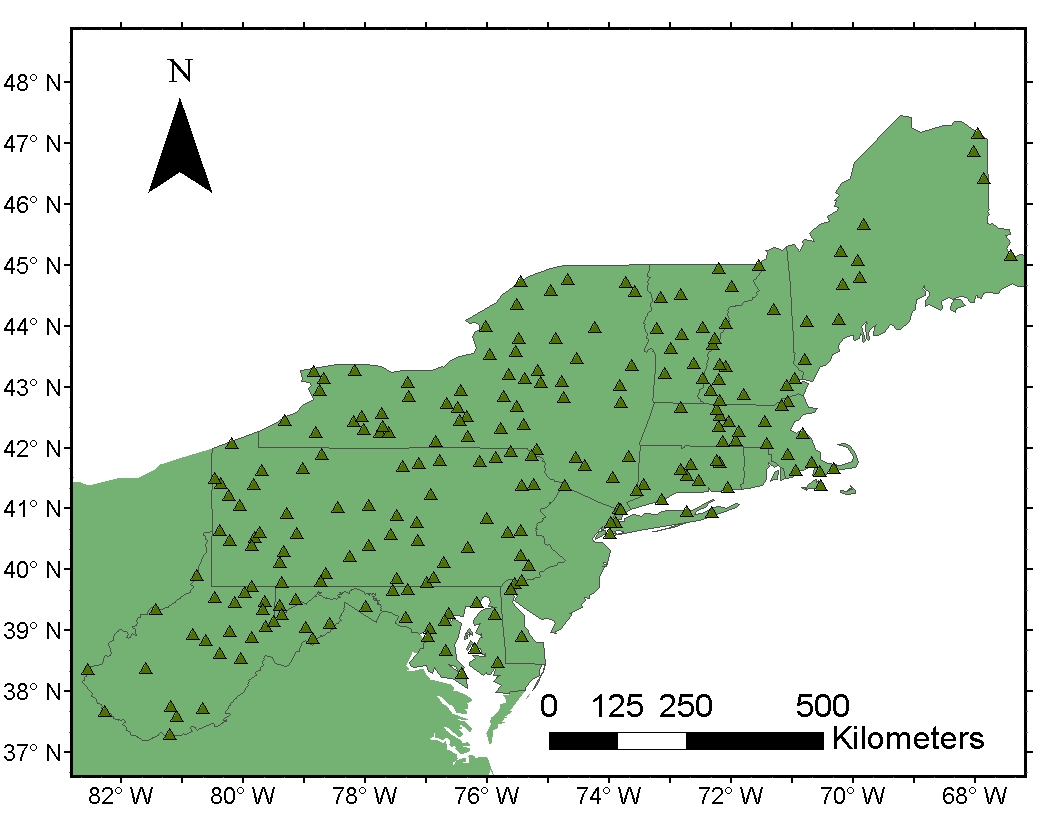 University of Vermont doctoral student Justin Guilbert and other researchers at UVM and involved in the EPSCoR RACC project recently published an article about precipitation in the northeastern United States.

Many Vermonters may have noted an increase in heavy storms in recent years and previous studies have examined the trend, developing several hypotheses for what is causing the change, such as changing temperatures that reduce jet stream intensity or rising sea surface temperatures generating stronger storm patterns.

The researchers dug a little deeper into the data for the northeast, not only analyzing daily precipitation data, but also the likelihood of a wet day following a wet day or a dry day following a dry day – or precipitation persistence. The study used data from 222 weather stations across the northeastern U.S., from Maine to West Virginia, with records from at least 50 years ago, but from as long ago as 174 years. Data from stations needed to fit the researchers criteria for analysis, otherwise were not used, including if 10 continuous years of data were missing or if the last record was before 1990.

The researchers confirmed that heavy storms are increasing in frequency at more than two thirds of the stations during every month except July and September, with over half of these being significant (p<0.01) positive trends. Average storms of median daily precipitation did not show significant trends except an increasing trend in October. The trends in heavy storms were not uniform across the region; Connecticut has the greatest positive trend and West Virginia did not display a trend.

Also analyzed, seasonally and annually, was wet or dry persistence, or the likelihood that a wet day would be followed by a wet day or a dry day followed by dry day.

The increase in wet persistence combined with an increase in heavy storms, and minimal trends in dry persistence or average storms is leading to higher annual precipitation in the northeast.

These trends can help planners prepare for future storm events and potential flooding caused by high intensity storms in a persistent pattern – anticipating that springs will be wetter with both high intensity storms and many wet days in a row. Further study to understand what is causing the increase in frequency and wet persistence is required, such as investigating if greater amounts of moisture are available in the spring as a result of earlier spring thaws, or shifts in jet stream intensity.

University of Vermont School of Engineering