The Future of Snowmobiling in Vermont: Perceptions of Climate Change 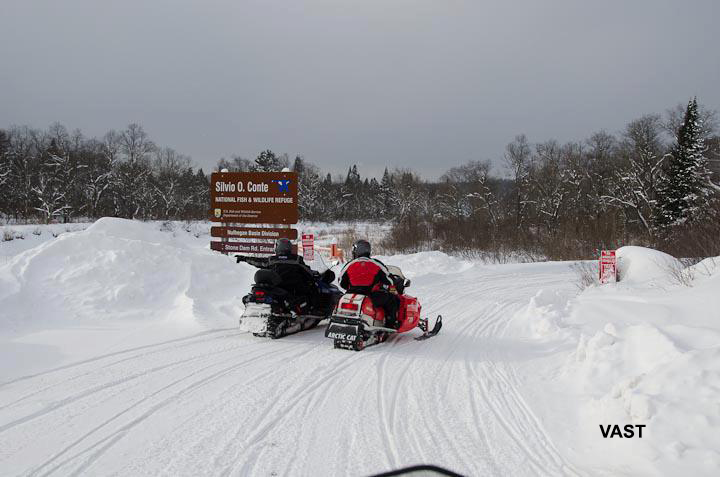 The threat that climate change poses to winter recreation is noticeably felt in Vermont. One activity that may face profound change is snowmobiling. In Vermont, the snowmobiling season  may decline by up to 60% if greenhouse gas emissions continue at their current level of output, according to one study.

Researchers led by Xiao Xiao, former graduate student at the University of Vermont and now Assistant Professor at Arizona State University, assessed how local and non-local snowmobilers perceive climate change and how these changes may impact snowmobiling recreation in their article published in the Journal of Outdoor Recreation and Tourism. To conduct their study, Xiao and her team surveyed the Vermont Association of Snow Travelers (VAST) and collected 1,450 responses. Respondents were equally split between local Vermonters and non-local snowmobilers who visit Vermont.

On the whole, Vermonters snowmobile more often, for a greater distance, and for more years than those who visit from out of state. This is important because not only does it signal how important snowmobiling is to local Vermont economies, but it also means that Vermonters are more likely to notice changes in the snowmobiling season due to climate change. According to VAST Executive Director and Central Vermont Chamber member Cindy Locke, snowmobiling in Vermont has an economic impact of about $500 million.

The majority of all respondents noticed a decreased frequency of snowfall greater than six-inches in depth, less snow in the winter, and a shorter winter overall. However, Vermonters were more likely to notice these changes.

Vermonters are more attuned to how climate change will affect the snowmobiling season than those from out of state. If adequate snow cover drops from 85 to 50 days a year, Vermonters say they will reduce their snowmobiling by about a week, whereas non-locals responded with a decrease in only about three days. Furthermore, the amount of time a trail network is open affects locals and non-locals differently in how often they will snowmobile. If the trail openness drops to 20%, locals will reduce their time by two weeks, and non-locals by only nine days.

“Local snowmobilers are more sensitive to climate change,” says Xiao. “This is valuable for land managers and tourism advocates as it lends nuance to discussions about the place of snowmobiling in the character of Vermont as a recreation sport in general enjoyed by locals and non-locals alike.”

To out-of-state visitors who snowmobile in Vermont, trail feature diversity is an important factor to their snowmobiling experience. Visitors come to Vermont hoping for a diversified mountainous experience, and their frequency of snowmobiling changes based on trail diversity. This is also important for land managers to keep in mind as climate change may alter the snowpack and snow trails in Vermont, and there may be other ways to keep recreational tourists coming to Vermont to snowmobile. Furthermore, as local Vermonters are more sensitive to the effects of climate change on the snowmobiling season, paying attention to how to cater to non-local snowmobilers may be essential for the industry moving forward.

Snowmobiling may be one of the winter sports most vulnerable to climate change, and Vermonters seem to be some of the most cognizant of the climactic changes the sport may face.