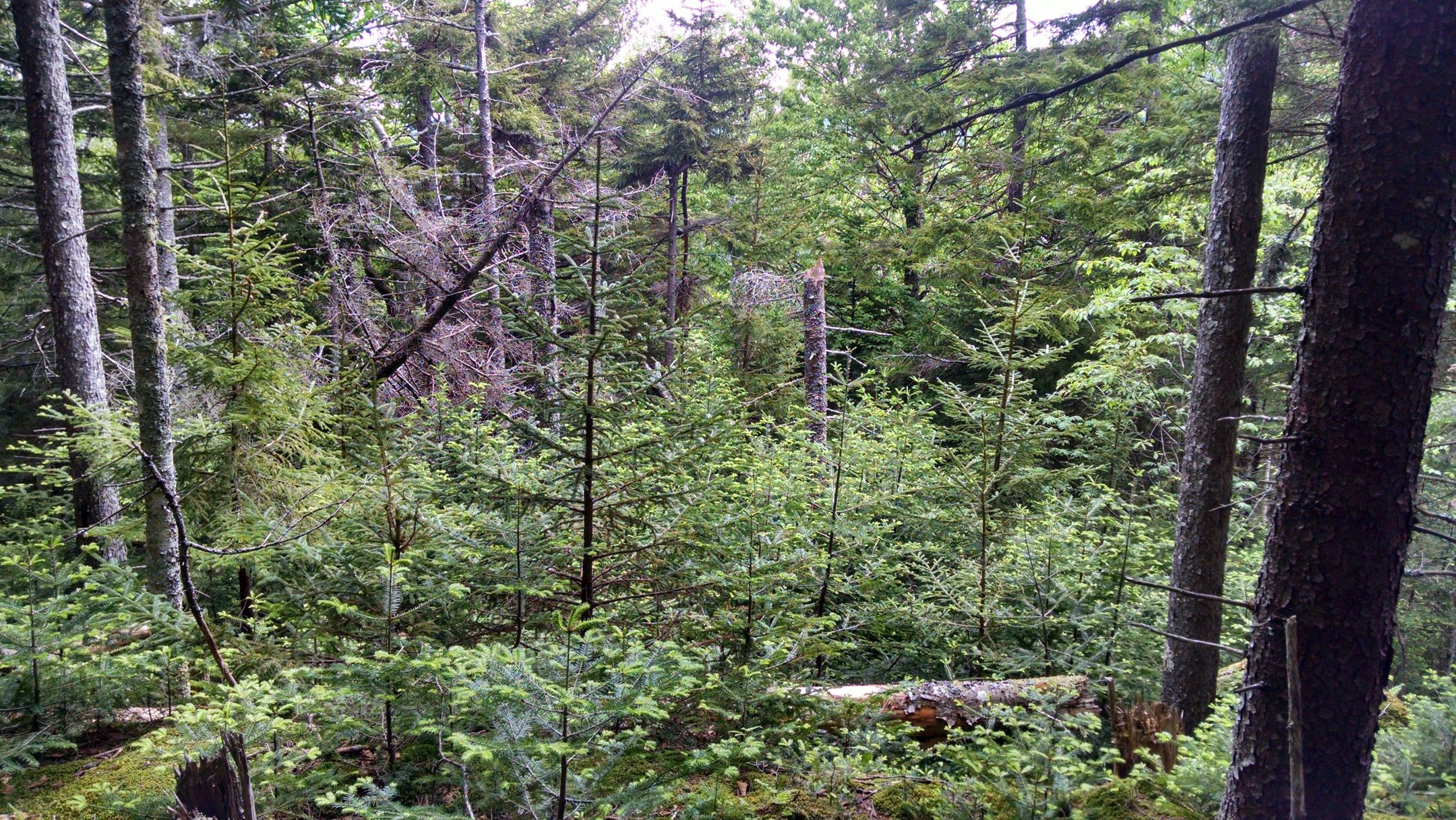 Climate change is predicted to cause a shift in the elevational range of some tree species on mountainsides. Tree species typically found at lower elevations on mountains are expected to be pushed upslope due to climate change.  Trees at upper elevations on mountains are squeezed out of space. However, recent studies in the northeastern US have come to opposing conclusions; high-elevation species ranges are remaining stable or expanding downslope. These conflicting studies suggest that more than climate change is at play in the shifting distribution.

Dr. Anthony ‘Tony’ D’Amato, associate professor in silviculture and applied forest ecology in the Rubenstein School of Environment and Natural Resources, and Dr. Jane Foster of the University of Minnesota, used Landsat data from the Green Mountains in Vermont and the White Mountains in New Hampshire to analyze the canopy and understory of the subalpine boreal-hardwood forest ecotone region over a 20-30 year period.

Boreal forests of the White and Green Mountains in New Hampshire and Vermont are dominated by red spruce, balsam fir, and paper birch – typically growing between 700-900m in elevation. Temperate hardwood forests are dominated by sugar maple and American beech growing lower than 700m. The transition zone where these two ecosystems meet is the ecotone.

Imagery analysis from the past 30 years of the edge of the boreal-hardwood transition captures expansion and contraction of the ecotone over time. The method used by Foster and D’Amato allowed for the entire overstory and understory to be analyzed for tree species, fully capturing edge of forest movement and abundance of tree species. This means that saplings were accounted for in the understory, something that is often missed in this type of analysis.

Boreal species expanded their range downslope over the past 30 years; a result counter to expectations under climate change. The shift was most prominent on western slopes. The researchers suggest three contributors to this change:

Researcher Tony D’Amato states "Climate change is certainly one of the primary, important areas of focus as we think about ways to sustain forest ecosystems over the long run.  Nonetheless, the results of this and other studies should serve as a reminder that our landscapes are still recovering from a historic and intensive legacy of land use resulting in outcomes and dynamics that may run counter to expectations if climate is the only factor we use for predicting future forest conditions."

The boreal-hardwood ecotone on mountainsides in the Green and White Mountains is not shifting upward as expected with a warming climate. Boreal species are shifting their ranges downslope and expanding the size of the ecotone as a result of multiple drivers. 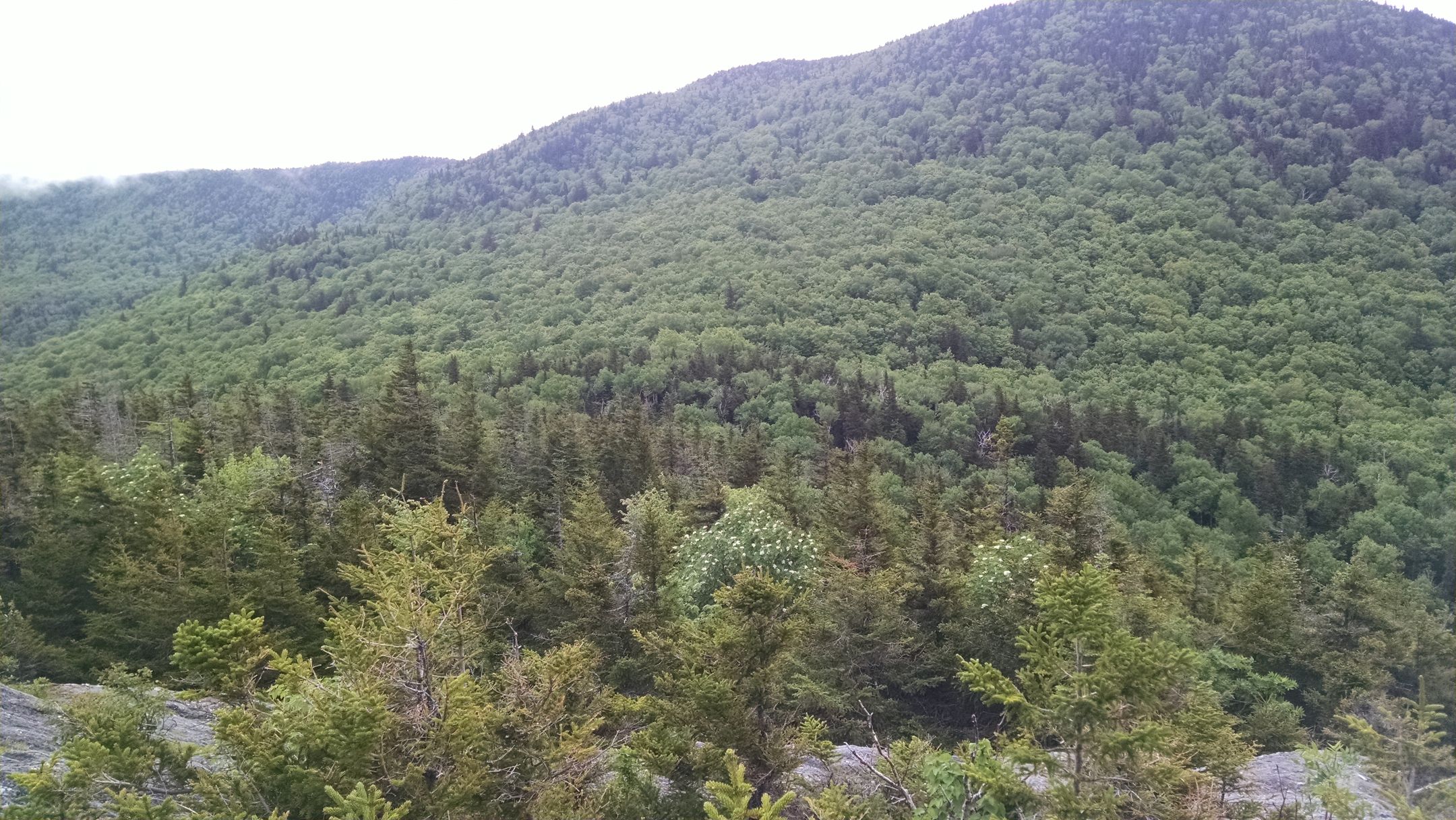