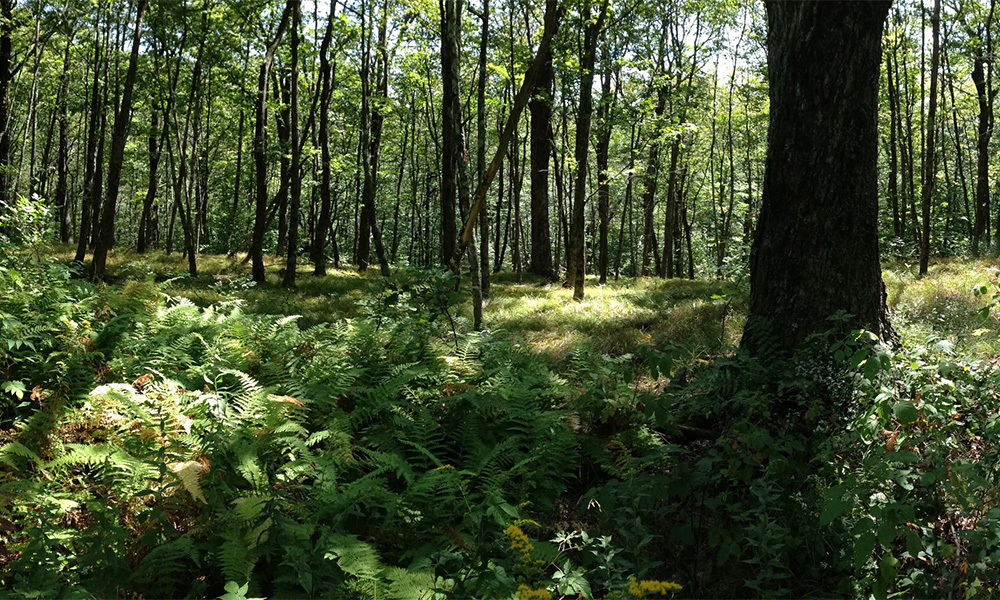 For the first time in more than a century, Vermont and neighboring states are losing forestland to development at a rate of almost 1,500 acres per year. As forest fragmentation gains ground across the New England landscape, where private ownerships and small land parcels are the norm, conserving land for future generations of people, wildlife, and plants becomes more necessary but more difficult.

Vermont is a third of the way there. In a new study, forest conservation experts at the University of Vermont (UVM) confirmed that the state has already protected 33%, or 1.3 million acres, of highest priority targeted lands needed to protect and connect valuable wildlife habitats and corridors.

Most of the currently conserved lands are forested, yet not nearly enough of the state’s highest priority targeted surface water and riparian areas – ponds, rivers, shorelines, and wetlands – are protected. Many animals require zones along waterways in which to travel between habitats they need to survive.

The researchers scrutinized Vermont’s new state-level vision for conservation, Vermont Conservation Design, meant to create physical pathways for movement of animals and plants across the landscape, especially in a future of changing climate. They compiled a database of Vermont’s conserved lands and overlaid them with the state’s highest priority landscape targets.

“The State of Vermont and a number of partners have laid out an impressive, thoughtful vision to ensure that Vermont remains a good place for all forms of life in the future,” said Carolyn Loeb, a graduate student in the UVM College of Agriculture and Life Sciences’ Field Naturalist Program who led the study. “Our goal was to answer the questions: how far have we come, what successes and gaps do we see so far in fulfilling the design, and where do we go from here?”

The study, “Large landscape conservation in a mixed ownership region: Opportunities and barriers for putting the pieces together,” was published in the journal Biological Conservation in March 2020 with free online access until April 18, 2020.

Of Vermont’s protected land, the authors found that 87% of those acres, or 22% of the state’s total land base, are also considered highest priority by Vermont Conservation Design targets.

“Our research indicates that past conservation efforts in Vermont really matter, even though our reasons and perspectives around conservation have evolved,” said Loeb.

“Vermont is at a critical juncture in conserving the wild and working forest landscapes of the state, as we observe losses in forest cover to development and other land uses,” said Tony D’Amato, a professor in the UVM Rubenstein School of Environment and Natural Resources. “This study provides a crucial benchmark of current levels of forest protection to help prioritize future conservation actions to achieve the impressive vision Vermont Conservation Design has outlined for sustaining the ecological, economic, and social benefits of Vermont’s forests into the future.”

Across all 1.5 million acres of Vermont’s currently conserved lands, three groups dominate in responsibility for the most protected lands: the national government, the state, and private nonprofit organizations, which can also conserve lands on behalf of other private landowners.

The public sector of national and state government each hold responsibility for 30.5% of protected lands, which include the U.S. Forest Service’s Green Mountain National Forest, other federal lands, and the Vermont state parks, forests, and wildlife management areas. The Vermont Department of Forests, Parks and Recreation protects the most design-targeted lands of any state agency.

While public agencies are responsible for most of the highest priority forested area targets in Vermont, nonprofit organizations have protected the largest percentage of highest priority riparian and surface water targets. Nonprofits, such as the Vermont Land Trust and The Nature Conservancy in Vermont, through conservation easements, have played a unique role in protecting these wetlands and waterways. But the study underscores that there are still notable gaps in protecting low elevation and riparian lands identified in the design as very important.

The authors recommend continued support for collaboration between public and private partners in land conservation, planning for quick response to large and potentially unexpected land sales that are important design targets, increased assistance for nonprofits in gaining protections for under-represented surface waters and connected riparian area targets, and a greater focus on protection of low-elevation targeted lands in Vermont by turning to strategies for better connecting the small ownership, patchworked landscapes that occur in much of the state.

To learn more about these findings, view the story map Conserving Vermont’s Future by Carolyn Loeb.

Vermont Conservation Design, developed in 2015 by the Vermont Fish and Wildlife Department, Vermont Land Trust, and other partners, identifies lands that form a connected landscape of large, intact forested habitat, healthy aquatic and riparian systems, and a range of physical features on which plant and animal natural communities depend. When conserved or managed appropriately to retain or enhance ecological function, these lands will sustain Vermont's natural legacy into the future.