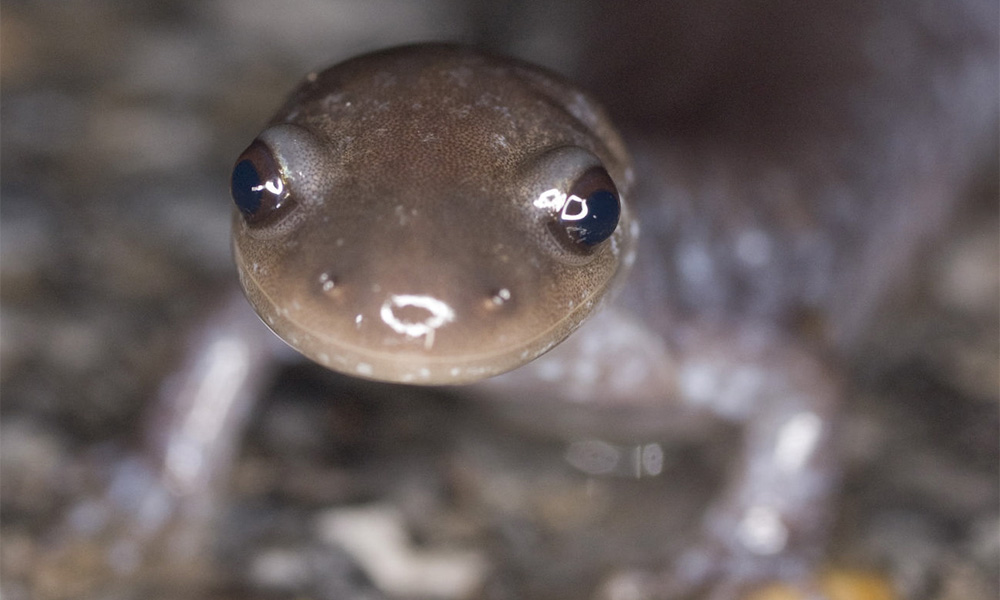 The online Vermont Reptile & Amphibian Atlas is the go-to source for all things herptile in Vermont. Herptiles are non-avian reptiles (turtles, snakes, and lizards) and amphibians (frogs and salamanders). The Atlas has so far indexed over one hundred thousand sightings of reptiles and amphibians in the state and provides information about the study of herptiles, or herpetology, in Vermont. Through its maps and database, the Atlas contributes to the conservation and knowledge base of Vermont herptiles. The Atlas also helps to educate Vermonters, including students, ranging all the way from elementary to graduate school, and post-retirement lifelong learners.

The Atlas website includes pages that detail all the reptiles and amphibians of Vermont, such as the Jefferson Salamander and the Spiny Softshell turtle. Each page includes species taxonomy, a range map, and many photos. There is also a section on the conservation status of Vermont’s herptile species and instructions for how to submit your own observation. The data are based on roughly 72,000 amphibian and 26,000 reptile observations, as well as reports of herptile habitat and locations such as vernal pools, travel corridors and road crossing areas, and egg-laying sites.

The web-based Atlas grew out of the printed Preliminary Atlas of the Reptiles and Amphibians of Vermont from 1994. The printed copies of the Atlas are updated approximately every five years with the most recent printing in 2019. The Atlas was originally started to more accurately depict the status of amphibians and reptiles in Vermont. These data were needed to inform the Reptile and Amphibian Scientific Advisory Group to the Vermont Endangered Species Committee. When first begun, the distribution and abundance of the reptiles and amphibians in Vermont was not known. Now the Atlas is online so that anyone can contribute by submitting an amphibian, reptile, or related siting for review.

“The ultimate goal of the Atlas is to gather and disseminate the data that are needed on the reptiles and amphibians of Vermont in a way that involves and informs Vermont individuals and organizations so that they can become more informed and effective stewards of wildlife habitat,” says Jim Andrews, Coordinator of the Vermont Reptile and Amphibian Atlas.

Herpetologists have gleaned a number of interesting insights about Vermont’s reptiles and amphibians from Atlas data. One figure shows the times of the year you can expect different frog species to begin calling, peak chorusing, and when they usually finish calling. Some of the most common species of frog, like the Spring Peeper and Wood Frog, are heard as early as March and through the early months of summer. The Gray Treefrog, Green Frog, and American Toad can be heard beginning in April and through early- to mid-summer. The American Bullfrog is the latest to begin calling. It begins in late spring or early summer and still makes its breeding calls in August.

As for snakes, observations show that the smallest snake is about a foot in length, and the longest is over 6 feet. The Eastern Ratsnake can reach 75 inches long, whereas the Red-bellied Snake rarely exceeds 11.5 inches in length. What is especially fun about community science and volunteer-generated data is that these observations have been recorded by so many different people, including some classes or groups from the University of Vermont.

The Atlas’s organizers have some unanswered questions that they are hoping people will feel specifically compelled to help answer. Some of these gaps have to do with specific species that may or may not still be in Vermont, such as the Boreal Chorus Frog that was last spotted in Alburgh in 1999. In addition, the organizers are also hoping to gather more observations of large black snakes of any species.

The Atlas encourages contributors, so on your next walk in the woods or visit to a stream, make sure to keep your eyes peeled and your cameras ready!