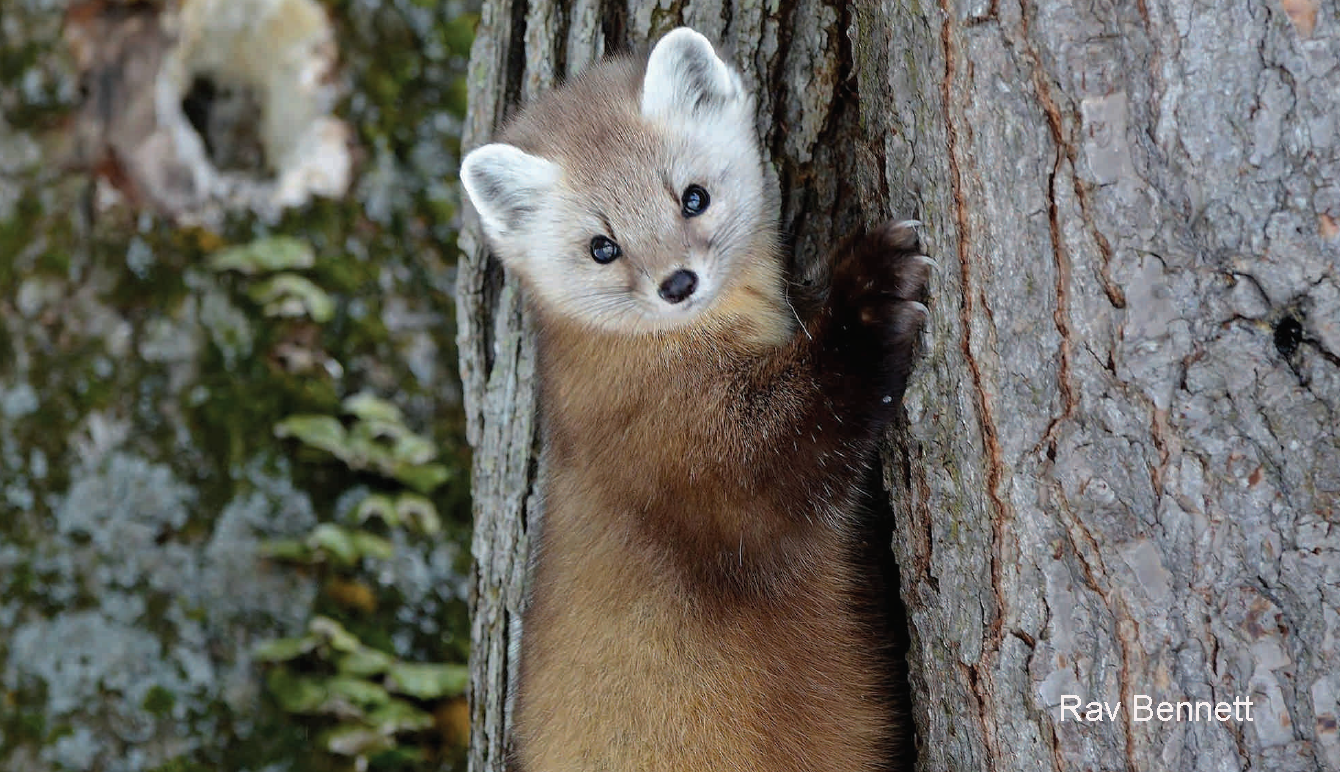 The American marten, an endangered species in Vermont and of conservation concern throughout the northeastern region, is thought to have disappeared from Vermont by 1954. Since reintroduction attempts in the late 1980s, the species has been recolonizing parts of the Northeast.

In our February 2019 edition, we featured an article titled, Genetic Data Suggests a Successful Marten Reintroduction in Southern Vermont. The story summarized research on the genetic structure of American marten in the northeastern United States to determine the success of a marten reintroduction in the Green Mountain National Forest in southern Vermont.

A common strategy to naturally increase gene flow is to maintain “corridors” of habitat. Corridors are areas between two or more populations that may not be occupied permanently but have adequate habitat conditions to allow animals to make long distance movements between populations, thus increasing gene flow. In the previous study, the researchers suggested identifying gene flow corridors as a key conservation objective for marten populations in the Northeast, and Vermont in particular. In the new study, they used a landscape genetics approach to identify the most important characteristics of marten gene flow corridors and to locate areas that may be good corridors for martens in the northeastern United States.

Overall, they found that forested land cover and high elevations had a positive influence on gene flow and that developed land cover had a strong negative effect on gene flow. Therefore, the ideal corridor would be a high elevation forested area far from urban or residential development. The negative effects of developed land cover were particularly strong. But, researchers found that martens may sometimes use lower quality forests or lower elevations for movement, as long as the habitat was not near urban or residential areas.

The team also used computer models to create maps that show the best movement corridors for marten. In the first study, they made similar maps using a different method and then discovered that the maps were quite different between the two studies. The earlier “occupancy” maps assumed martens needed very high-quality habitat to move long distances, which created longer and more selective ways of getting from point A to point B; whereas the new “gene flow” maps placed corridors in intermediate-quality areas if it meant the path from point A to point B was more direct.

The analogy here is to picture standing on one side of a river and needing to get to the other side. The earlier maps are analogous to walking upstream until you find a bridge; while the new maps are analogous to looking for a nearby shallow spot to ford the river. Both results are helpful and worth considering when prioritizing conservation plans because they provide different habitat options for marten that are both important to conserve.

Focusing conservation efforts on the highest quality habitat is beneficial and necessary for martens, not only from a habitat connectivity and survivability perspective but also from a movement and population growth perspective. However, the new models show that martens may be able to “ford the river” to some extent when acceptable, albeit lower-quality, habitat exists and provides a shorter or easier path to traverse. Ultimately, for the conservation objective of genetic connectivity, those more direct paths with intermediate-quality habitat may have more value than previous models showed.

Department of Biology, University of Vermont